History & Our Cause | YMCA of Honolulu | Honolulu, Hawai‘i | www.ymcahonolulu.org

About the Y History & Our Cause

The YMCA of Honolulu was founded in 1869 and incorporated under the laws of the Kingdom of Hawai'i in 1882. We are an independent, local, tax-exempt 501(c)(3) organization.

The story of the YMCA of Honolulu is the story of a growing, changing Honolulu. It started from an idea in the minds of a small group of men to the expansion of what it is today – one of the largest nonprofit organizations in Hawai'i, providing hundreds of programs and activities for generations of Hawai'i’s citizens.

Prayer meetings, aid to Sunday schools and operation of a reading room in the Seamen’s Home became the first work of the YMCA association. Work for the Chinese, then coming to the islands in great numbers, began in 1877. Boys work was begun about 1883. Physical education activities, rural work expansion and camping followed. Hi-Y clubs made up of local high school students were organized and a trade school was opened. An Army and Navy YMCA became a reality, and the Nu'uanu YMCA was established and became known as the “Association world’s most notable achievement in racial integration.” The Honolulu YMCA helped with the formation of YMCAs on the islands of Kauai, Hawaii and Maui. Decentralization on Oahu created separate branches that served local community needs.

The YMCA weathered a revolution in Hawai'i, two World Wars and a depression. Times, customs and philosophies changed and the YMCA, always a reflection of the community in which it exists, changed with them.

In 2019, we celebrated the 150th Anniversary of the YMCA of Honolulu.  You can see our interactive online historic exhibit and documentary video here. 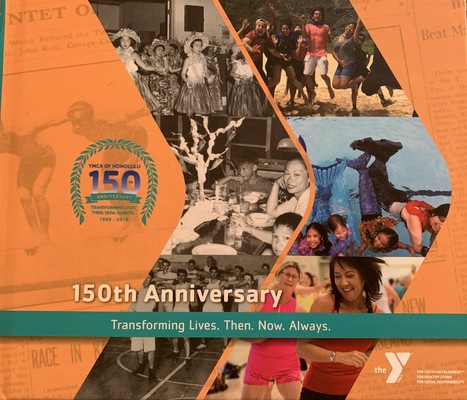 Today, the YMCA of Honolulu serves thousands of children, teens and adults in a wide variety of programs, including before and after school, youth sports, teen leadership programs, substance abuse counseling and treatment programs and health and wellness. Future priorities of the YMCA of Honolulu will continue to focus on building and upgrading capacity to better serve our communities, inspiring healthy and positive lifestyles and helping our children succeed and thrive.

Our Commitment to Equity and Inclusion for All

We aim to empower all members, participants, staff and volunteers to fully participate in Y programs and services, and develop to their fullest potential as global citizens.

Our programs and branches embrace diversity, reflect the needs of the communities they serve, and strive to ensure access, inclusion and engagement for all.